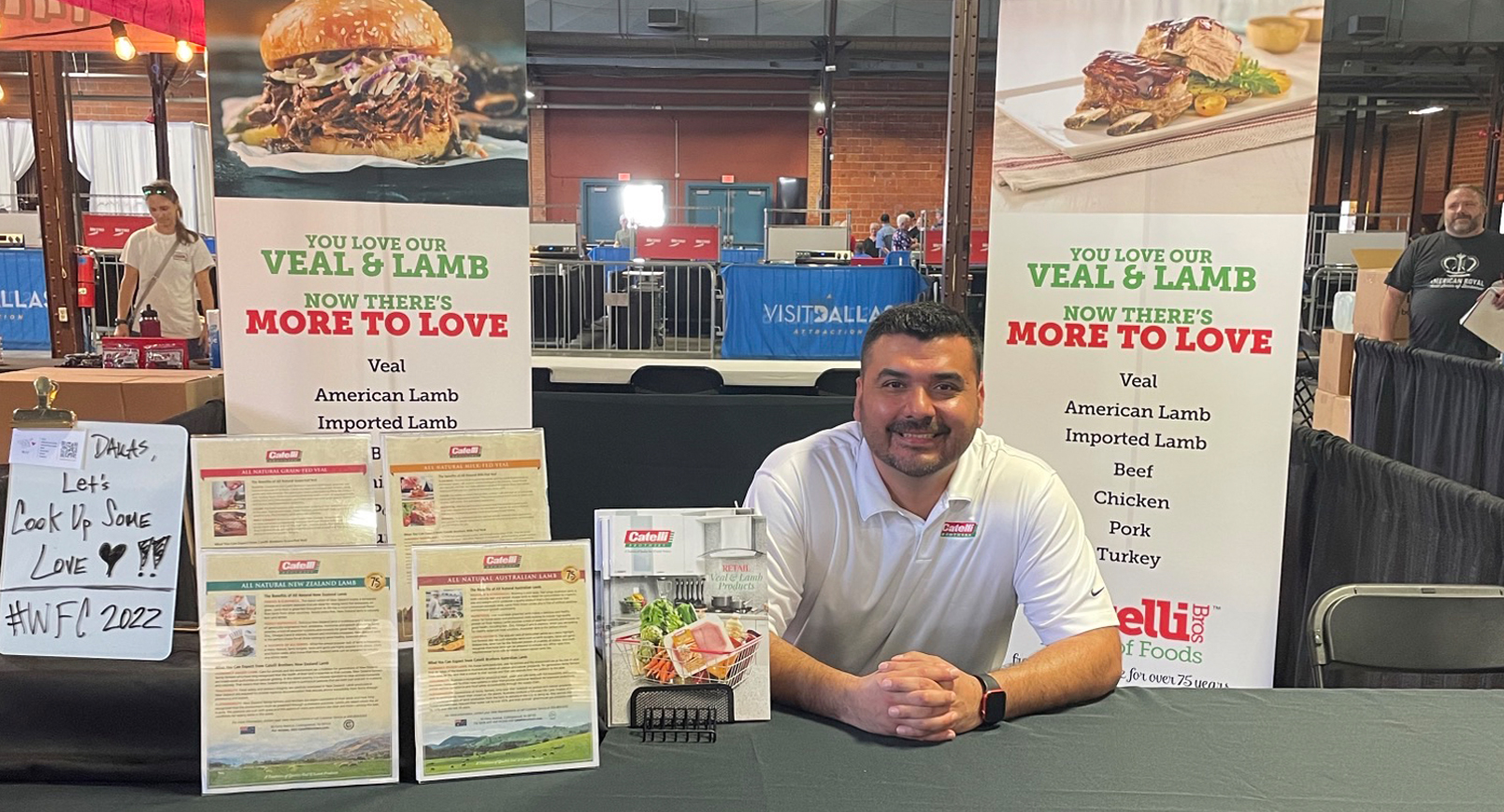 Catelli Brothers Family of Foods sponsored the Rice & Noodle competition at the World Food Championships in Dallas, TX and it was Jose Alfaro, Southwest Regional Sales Manager, who made our company so active and visible at the event.

Chef Dan Reighn won the $10,000 prize and then competed at the Final Chef’s Table for a chance to win $100,000. Chef Reighn works with a group of fellow chefs from New Orleans and California and has his own TV show. Dan plans on featuring CBFOF products in a forthcoming cooking class episode. He also is now actively planning a new TV series focusing on food and travel.

Veal was also featured at the popular event in the Culinary Showcase under the banner “The Real Deal Holy Veal.”

The World Food Championships is the largest competition in Food Sport, where culinary competitors of previous events convene for a chance at winning the ultimate food crown and a share of hundreds of thousands of dollars in prize money. The World Food Championships is also the springboard for many up-and-coming culinary stars and home cooks as they seek TV fame through many well-known food shows and acting opportunities.